I love to blog/talk about my family. These sincere sharings are to tell you that family bonding is on top of my life agenda and i believe that each one of us have a uniqueness that others can leverage on. Being very family-oriented, I hope all my entries can contribute by 'prosperizing' other family. This world needs great family towards building great ummah :)
Doa utk Semua
Ya Allah cukupkan rizki padaku, berkahilah rezeki itu dan gantikan semua yg hilang dengan yang lebih baik lagi. Ya Allah sukakan diriku pd IMAN dan hiasi hatiku dengan IMAN itu. Ya Allah sembuhkan bila ada teman-teman yg sakit, lunasi bagi yang berhutang, mudahkan jodoh yg soleh/solehah bagi yg belum, mudahkan pekerjaan bila yang belum mendapatkannya.. ameen

Haris has just turned 2 last month but he doesn't talk yet..huhuhu.. what should i do? However haris does pointing and seems to understand to what we say. So i guess he's well on his way to talking. Besides he also has learned to say a few words..mama..nak..bak..susu.. It just that he doesn't seem interested in saying anything else, he does however understand to what i say He'll get his shoes to go outside and point to things and make a noise when he can't reach something. When it's time to say good bye he waves bye-bye. He will just smile and push the book towards me again to indicate that he wants me to read. He is very happy and loving, he babbles, grunts and points. Although he may not be saying real "words," he doing lots of babbling and noise making.. seems like he's "pretending" to talk ("Mamam-baaaaa-ma-nonono..haisha..!!") ..So, anyway, I'm relieved he's doing just fine, I was getting worried because he isn't talking as early as her older sister did. Hmm..anyway.. boys tends to develop language skills more slowly than the girls.. :-).. Actually we can't really compare the kids since they all develop at their own speed. I am really hoping he will just start talking when he is ready to.


Question: Should I worry that my 2 year-old seems to say fewer words than other kids her age and isn't really putting sentences together yet?

Answer: If your daughter has just turned 2, I wouldn't be overly concerned at this point. Most children have a working vocabulary of about 50 words by age 2, but this is just an average — every child develops differently, and girls generally talk earlier than boys do. However, just to play it safe, it may be wise to have a hearing evaluation by an audiologist who performs tests specifically designed for toddlers. The evaluation should include a tympanogram, a painless test to see whether your child has any residual fluid in her middle ear.

Fluid behind the eardrum is one of the most common reasons for speech delays in toddlers — it makes it hard for a child to understand and imitate speech. Frequent ear infections, colds, dairy allergies, or a reaction to secondhand smoke are common causes of middle ear fluid accumulation, which doesn't always carry symptoms. If this is the problem, you should see a rather significant and immediate improvement in your child's quantity and quality of speech once it has been corrected.Assuming that your child's hearing is normal, I would keep an ear out for the next few months to see whether her speech improves. In the meantime, if your child uses a pacifier, get rid of it. Sucking on a pacifier, though it may be comforting, locks her mouth into an unnatural position, making it difficult for her to develop and strengthen her facial muscles normally. Also, if her mouth is constantly occupied by a pacifier, she's not getting as many opportunities as possible to practice talking.Keep an eye on her nonverbal communication, too. It's a good sign if your child is making up for her lack of speech by communicating her desires through gestures.By the time your child is 30 months or so, she should be speaking in short phrases ("Me big girl") and sentences, even if she mispronounces many words. If this is not the case, I would have a speech-language pathologist take a look to see whether you could do some specific activities at home to help give her a little jumpstart.
Ketukan jemari edrina at 6/13/2006 07:16:00 PM No comments: 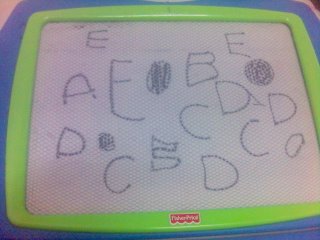 "Most children begin recognizing some letters between the ages of 2 and 3 and can identify most letters between 4 and 5. This means that you can start teaching your child the alphabet when he’s around 2 — but don’t expect full mastery for some time…”

I am so happy to know that najihah can now write A to E without referring to any books. At that time I was watching tv with both of my kids when suddenly najihah said ‘mama, tgk ni najihah pandai tulis A’.. Yippie.. I was so excited knowing that she know the alphabet already.. then she wrote E & C and showed it to me.. clever girl.. pandai anak mama ni.. Then I showed her how to write B & D .. alhamdulillah.. she got it.. sayang anak mama..

edrina
Joyful mother of 7 Children. My 7 pride and joys in life are my everything. And my husband is my partner, love, and friend what else can I ask for in life. I enjoy spending time having fun and living each day to the fullest with my family. I am looking to be happy & content in my life.

Thank you for viewing my blog. I use fb, blog & instagram to archive my family experiences for my children. One day when I am gone, they can look back through my life history. 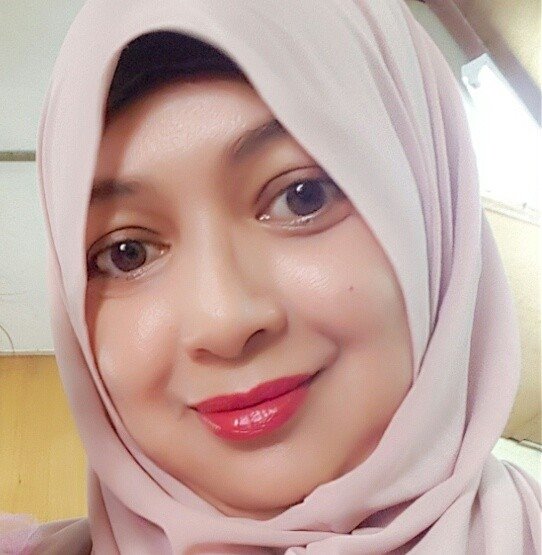 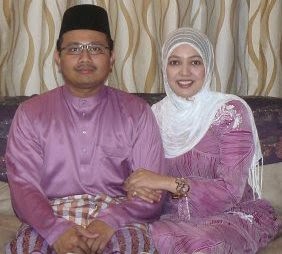 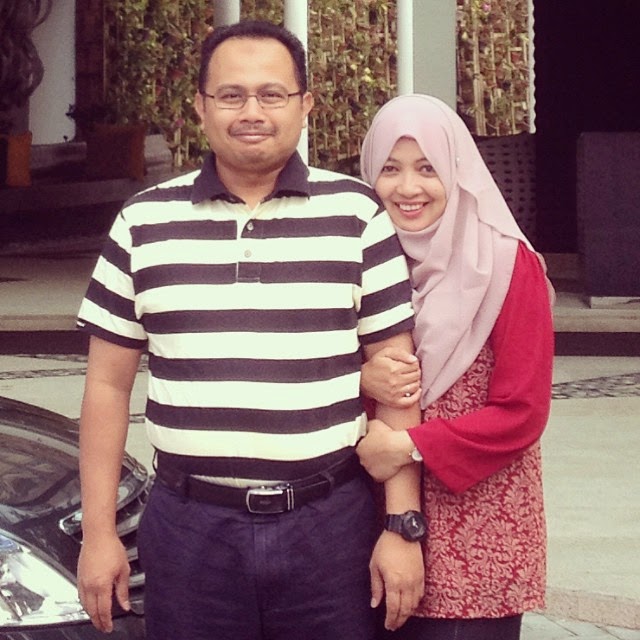 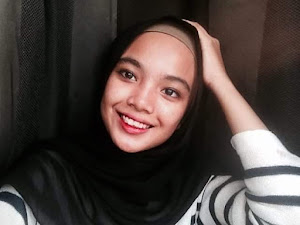 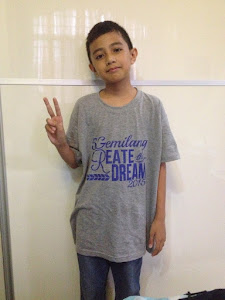 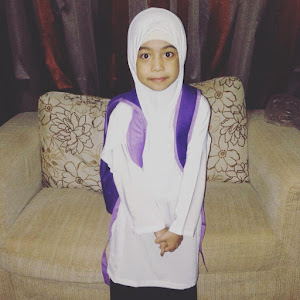 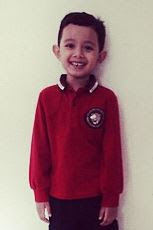 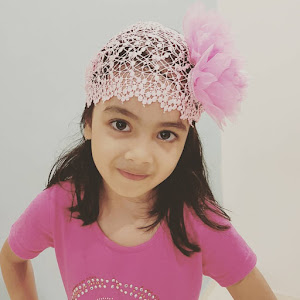 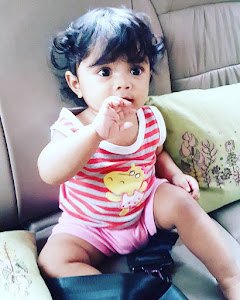 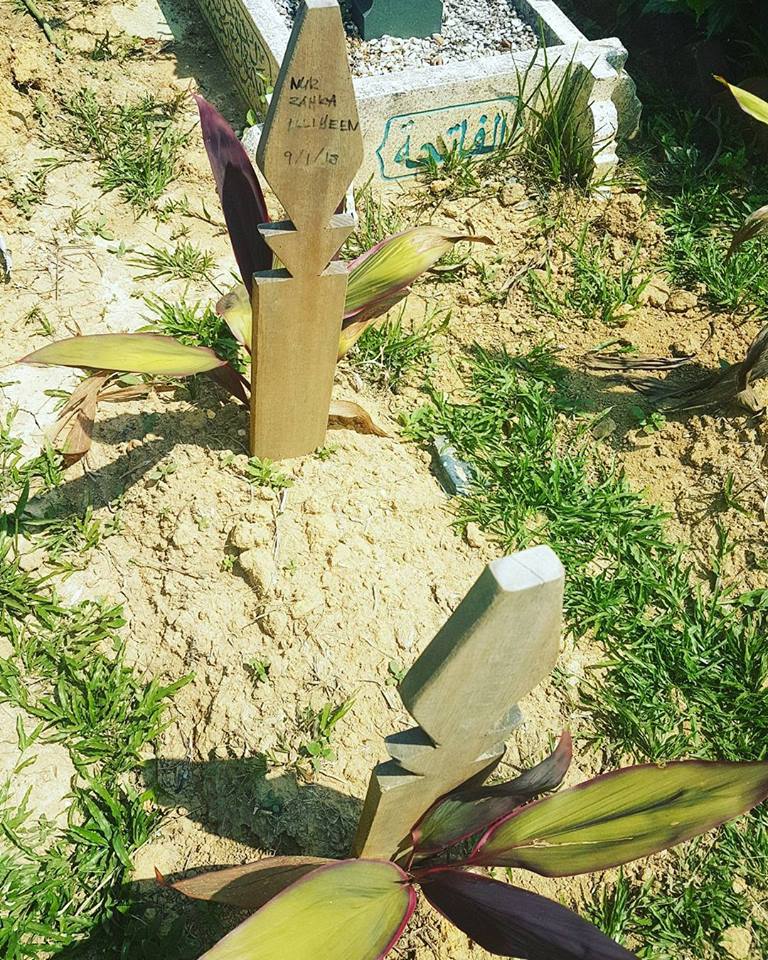 You're All I Need - White Lion